Once Upon a Time


Things have settled down here, we're slowly getting back to normal, whatever that is. The thing about normal is that life is uneventful, which means I have nothing to blog about. Instead of disappearing again, I thought I'd have some fun and write a story. This is a fictional tale but any resemblance to living people may not be entirely coincidental.

Are you sitting comfortably? Then I'll begin...

Once upon a time, a little girl was born into a family that had not heard the patter of tiny feet for many years. Her grandmother, the family matriarch, had expressed her preference for a boy but, on holding the infant in her arms for the first time, declared that she wouldn't change her for a boy if his backside were studded with diamonds. The child was christened Rosamund on account of her fair English complexion, with her rose-coloured cheeks and rosebud mouth.

With seven grownups in the household twisted round her tiny fingers, it was almost inevitable that she was a little spoilt. She was treated like a princess by them all but her biggest fan was her doting Grandmama. The old lady wasn't a total pushover, though. She insisted on ladylike behaviour and taught Rosamund her Ps and Qs.

In spite of, or maybe because of, having three younger siblings, she grew into a somewhat solitary child, with her nose often stuck in a book. Though no hand was ever applied to her bottom, the little princess had a fascination with spanking, fuelled by the many instances in the story books of the day. By her early teens, she had begun to fantasise about being spanked, mainly by handsome men on horseback.

She was mistress of the witty put down and, as a consequence, found herself over the knees of two early suitors. She liked how it made her feel but neither of the young men touched her heart. Her Grandmama told her she was a very special girl who would need a very special man. She was biased, of course, but that's the way it is with Grandmamas. She advised the princess to carry on kissing frogs until her prince arrived. 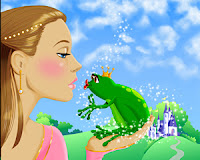 And so it came to pass that a knight in shining armour came forth on his trusty steed, Lambretta, and stole her heart away. Sir Henry's kisses made her swoon, but before long she craved the thrill of a spanking and asked him to oblige. He was appalled. He had been to knight school with his peers and learned that a man's job was to care for and protect his fair lady. Only a coward would strike a woman. Rosamund was nothing if not persistent, chipping away until, in exasperation, Henry forbade her from raising the subject ever again.

Many years passed, during which the pair married and had two beautiful daughters.Their union wasn't all sweetness and light; this may be a fairy tale but they had their ups and downs like everyone else. Rosamund could be a handful when she didn't get her way and Henry's strategy was to keep his head down until her ill humour passed. In the meantime, doors would shudder on their hinges and no-one could pout or flounce better than she.

Their daughters had left to make their own way in the world long before the day that was to turn Rosamund's life upside down. Henry was gazing fondly at his wife, who was slumbering in the afterglow of some mighty fine loving, still clad in the *F--k me* outfit she had worn for his pleasure. She had fulfilled many of his fantasies over the years and it was to his sorrow that the only one she wanted for herself was the one thing he couldn't bring himself to do. Lately though, he had begun to wonder whether it was such a bad thing. A story had been written about many shades of grey, it's fame spreading far and wide, with its scenes of spanking setting feminine hearts all a-flutter. When Henry told Rosamund he was willing to try spanking, solely to add some extra spice in the bedchamber, she wasn't at all sure she wanted to after all these years. She told him she would think on it.

She dressed with great care the first time, choosing undergarments that would present an appealing target once her skirts were up and her knickers were around her thighs. Henry had always admired his wife's bottom, a little on the large side but smooth and firm. The last thing he wanted was to smack it but he had promised. Rosamund jumped when the first spank fell, out of sheer anticipation. Henry made himself deliver another twenty or so smacks, turning her bottom a warm shade of pink, before picking her up and carrying her to their bed.

The next time, to Henry's chagrin, she was left with some light bruising. Perhaps it hadn't been her brightest idea to mention pat-a-cake when he asked how she felt about the first spanking. She cared not a jot about the bruising, her worry was that Henry would not spank her again. What was she to do? There was only one thing for it, she would use her magic tablet to consult the Fount Of All Knowledge. Tapping three times on the glass to summon Google she asked her question. The answer came from a man who spanked his wife, avoiding bruising by warming up gradually with moderate smacks before the real spanking began. A few more taps led Rosamund to the Land of Blog, where she found many women who were spanked by their husbands, not only for pleasure but for discipline too. She passed on the warm up tip to Henry but kept the rest of her discovery to herself; she didn't want to put any ideas into his head.

Her deviousness was in vain for, once Henry accepted that spanking caused no lasting harm, it was only a matter of time before Rosamund was spanked for real. She had been in a foul mood all morning and Henry bore the brunt of her ill humour. When all else failed, he decided to spank her out of it. Rosamund was shocked to be summarily upended over his knee but knew she deserved it and was soon making her apologies. That day wrought a change in our trusty knight. With his soft, contrite, wife in his arms he vowed that, henceforth, he would brook no argument from his feisty princess. Peace and harmony would come to his domain, for now he had the means to rein in her waywardness. For good measure, he would give her frequent reminders of his new expectations, whether she needed them or not.

His lady wife submitted to her husband's strictures for she found them curiously calming and, by some alchemy, his strong leadership brought her and her knight closer together. That's not to say everything ran smoothly from then on; the princess could no more change her character than a leopard could change its spots. There were times when she would try her husband's patience to the limit and her hindquarters would feel the sting of his wrath. He knew he would never tame her entirely, nor would he want to. Life would be dull if his Rose lost her thorns. 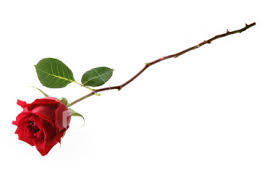 Cue Happy Ever After music...


** I have used narrator's licence here. Harry is a benign dictator but were I to use the
f-word in real life I wouldn't sit comfortably for quite some time.