Ella wrote a post a while back about the music of her life. She invited her readers to share a love song that speaks to them. I chose "Young Girl" by Gary Puckett and The Union Gap, though it's not exactly a love song. 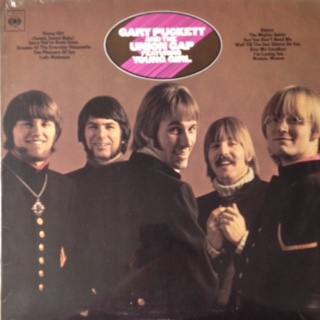 I love the song for itself but it also reminds me of a bittersweet time in my life. It's said that we always remember our first love. I have many reasons for remembering mine, not the least of which is that he gave me the only punishment spanking I have ever had.

From the age of about seven, I spent a lot of time with my aunt Alice and her wonderful husband, Richard. They weren't blessed with children of their own, so they used to 'borrow' me.

Soon after I turned fifteen, Alice became concerned that I had no permanent boyfriend, unlike most of my friends. Fifteen seems so young to be in a settled relationship nowadays but, back then, it was far from unusual. I had no shortage of casual dates but my aunt was on a mission to get me hooked up and 'going steady.' One Saturday evening she and Richard took me to their club. There was a band playing and Alice asked me what I thought of the drummer. Well, for a start, he was wearing a tux. He was also good-looking, so what else could I say except that he looked very dishy? When the interval came, he stopped at our table on his way to the bar. I learned that his name was Stuart and he lived a few doors down from Alice and Richard.

Two weeks later, I was spending the weekend with Alice and Richard again. On the Sunday morning Richard went to visit his parents, who lived a few miles away. Alice had run out of cigarettes, so we took a walk to the corner shop to buy some more. On our return, she discovered she'd locked us out. After a minute or two, we noticed the bathroom window had been left open a crack and she decided to ask a neighbour to get in via a ladder. You can probably guess where this was going. She returned with Stuart in tow and he duly climbed up into the bathroom, saving the day. Alice invited him to stay for coffee, which she took her time making, leaving the two of us together. She was thrilled to hear that he had asked me out to the cinema.

He was a student teacher but earned enough from playing in the band to run a car. My mother was very dubious about that - you know what trouble girls can get into on the back seats of cars. He won her over by arriving early so he could introduce himself properly and asking what time I should be back home. In the cinema, he did the classic thing of putting his arm across the back of my seat, casually moving it until it was around my shoulders. He arranged another date and asked permission before kissing me goodnight. I was smitten.

Alice got her wish; we were soon going steady. There was one very big fly in the ointment though, and that was the age gap. Four years isn't significant in one's twenties and beyond but the difference between fifteen and nineteen was another matter. Stuart was sexually experienced and I was quite the opposite. I don't remember the 'bases' now but I probably hadn't passed the first one. Stuart was an expert kisser but I wouldn't let him go further than that. Sometimes, when we were kissing, I would put my hands up the back of his shirt and play his spine like a musical instrument. He warned me not to tease. I never really meant to but it's a heady feeling when you first realise your sexual power isn't it?

One Sunday, we were at his home, feeling happy and mellow after a lovely evening out. I was sitting on his lap, with Steve Winwood's version of "When a man loves a woman" playing on the Dansette. He began kissing me in that way that made me melt and, for once, I didn't stop him when he started fondling me, even when his hand went under my jumper. It wasn't until his hand strayed in the direction of my knicker elastic that I panicked and pushed him away. In no time flat, he had me across his knee, raining down hard spanks on my bottom. I don't know how many, probably only about a dozen, but he was angry and it really hurt. When he stopped, I slid off his lap onto the floor in a sobbing heap. I told him I was sorry, I hadn't meant to tease; I just got carried away in the moment. Your mum and your gran tell you that boys are only after one thing and that "nice girls don't" but they don't tell you how good it feels or, at least, mine didn't. Stuart picked me up and held me, stroking my hair and wiping my tears away. He said I was a baby where sex was concerned and he wasn't going to touch me again until I was old enough.

He had already asked me to marry him. My dad agreed that we could get engaged on my sixteenth birthday and marry when I turned eighteen. A couple of months or so before my birthday, we were discussing what kind of ring I'd like and whether we should have a party, when he suddenly squeezed me tight and told me he was really looking forward to being able to love me properly. I reminded him gently that that wasn't going to happen until our wedding night.

He tried, he really did, but the strain became too much and we parted before my birthday came around.

I've played the song hundreds of times without giving the past a thought but, just once in a blue moon, when I hear Gary Puckett singing,

"Young girl, get out of my mind
My love for you is way out of line
Better run girl
You're much too young girl"

I think of Stuart. Always fondly but never with regret. We were never meant to be because Harry is The One for me; I know that with every fibre of my being.

Footnote: Not long after the break-up, Alice discovered that she was pregnant, after nine years of marriage. Despite having my baby godson to divert her attention, she maintained a close interest in my love life right up until I had Harry's ring on my finger. She's 78 now and hasn't changed a bit.


Work had been crazy busy and Harry decided we needed a chill-out break somewhere warm. He chose an island in the Mediterranean. This is the view from our balcony: 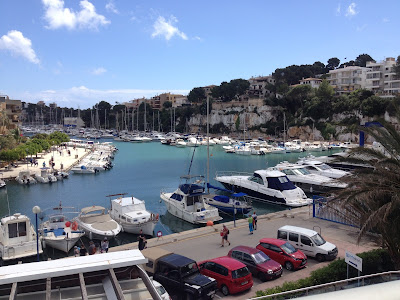 I took a bit of Blogland away with me: 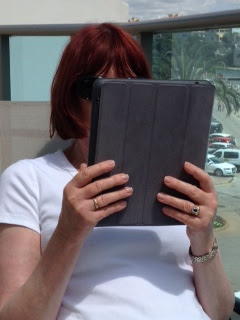 ...and Sunny's Finding Love at the Trail's End, by the pool. 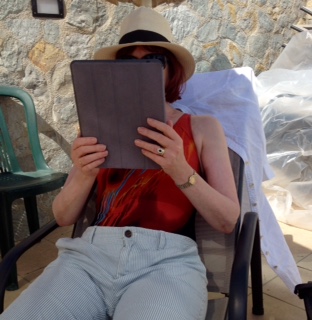 But there was no pool bar, Ella! No one to bring me something pretty to drink, with a pink umbrella in it.  I made up for it with several of these during our stay, though - it's my new favourite cocktail, an Aperol Spritz invented by the Italians. I also had quite a lot of delicious ice cream. 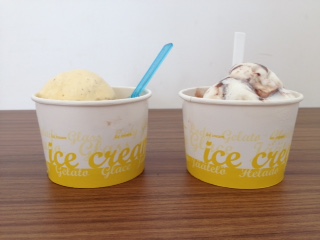 And who could resist this? 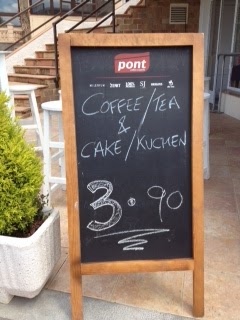 We did eat proper mains in between the goodies and I'm sure it's those that caused my weight gain because treats on holiday are calorie free aren't they? The reckoning with the scales came the day after we got back.


There was a quick spanking at the hotel at the beginning of the week and a few swats along the way, but it's difficult when other people are about. By the end of the week Harry had a very itchy palm and was uttering dark comments along the lines of "Wait till I get you home," accompanied by the spanking gesture with his hand. It was no surprise, then, that I also had a reckoning with this: 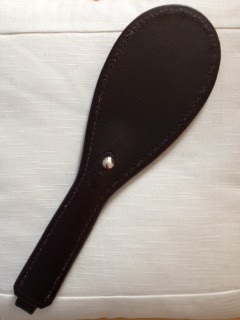 So Rosie's were red for a while but not as red as these pretty souvenirs of our trip. 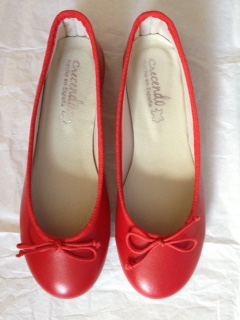